Smartsheet forms help accelerate execution and foster innovation by making it fast and easy to collect and act on data from anyone.

Build your custom form in the user-friendly interface and add conditional logic to ensure the questions are relevant for each person who’ll fill it out. Then share the form so colleagues, contractors, clients, and others can easily submit information and files from their desktop and mobile devices, wherever they’re located.

Good news for Chrome and Firefox users – we have created a solution for Conditional Logic on Smartsheet Forms by using a FREE to download and use extension.

We are working on other Browsers like IE and Safari but not there yet and will announce it when we can.

Our API development team get lots of requests for automation which is the basis of our Smarter Mini Control Center 12 Apps but one request we have been unable to fulfill up to now (unless we use Appsheet with Smartsheet) is the need for Conditional logic aka Cascading Dropdowns, when completing forms in Smartsheet.

What Pain are we resolving?

In many apps like Excel, Google Sheets or Access, Forms can be produced where by Form Completers choose from the initial dropdown list, then the choices for the second question change accordingly, when that question is answered the next choice is similarly filtered and so on. Then the resultant data is entered into a smartsheet for further actions to commence.

How have we resolved this pain?

By running our downloadable extension and then using a naming convention for the Dropdown List columns, users will be able to experience conditional logic between the columns.

Your company car list allows you to choose from a range of cars.

Q1 What Make? Bentley or Jaguar

Q2 Which Model from the chosen makers list only

Final selection goes to Smartsheet for your order to be processed.

What naming convention is required?

In order for this extension to work, you will need to name your columns and set up the dropdown list values in a specific way.  Each tier in the logic needs a prefixed reference to the previous tier linked by a dash.

Why is this solution Free?

Because we know it is not a complete solution as it only works on machines using Chrome or Firefox so users of other browsers cannot benefit yet. So, it is free for those that can benefit.

In the meantime we continue our research to provide this solution for everyone in an even Smarter way if we can.

For clients seeking API integrations and automations for their company either bespoke or from our range of Smarter Mini Control Center solutions, please contact us – we’d love to hear from you. 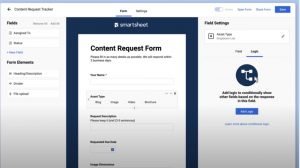 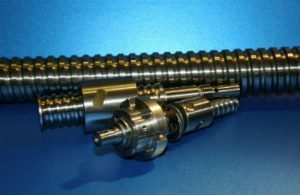 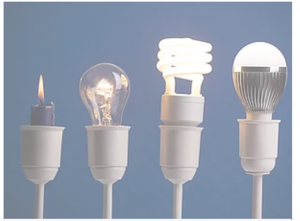