About MGC Roofing and Construction

As the business grew, MGC’s demand for more and better information systems grew with it. Due to volume, many manual processes were becoming unwieldy and they were in urgent need of system automation, application integration  and improved data consistency across the group of companies

Systems in use include Smartsheet, SQL server, and Excel. To get their project financial information, (in an SQL application), in front of their PMs, the data was extracted to Excel, manually transferred to Smartsheet weekly, and then an expensive third party tool was used to make sure everything was synchronized properly. The workflow was taking up too much of their time.

First the existing Excel workbook that collected the data from the various companies’ financial information was stabilized and improved. There was now one version of the truth on the Excel side. Next, by introducing AppSheet, an application integration tool, with user interfaces on any device, the data in Excel and Smartsheet was synchronised in all directions producing one version of the truth in real time for all user views. Further, the App provided  the added benefits of improved communication between the PMs and the CEO, including collecting meeting notes and action items related to each project.

Michael now has his finger firmly on the pulse on the status of all his projects in real time, so too do his managers. Exceptions demanding immediate attention are properly defined and identified, including new job schedule immediately absorbed into the smooth workflow. The financial reporting is much improved, for example, project status against budget, progress against schedules, timescales all now completed to meet their requirements.

I am not easily satisfied by poorly performing systems but working with the team at Smarter Business Processes,  primarily Craig Williams and Mary Jane Pender, they helped me to scope out exactly what we required in 4 separate phases of activity and delivered each phase on time, on budget and to a very high standard.  My managers and I are delighted with the outcome and are now better equipped to fully  focus on our clients at a time when  multiple hurricanes are assaulting our Southern States.  Michael Levine – Chief Executive Officer – MGC Roofing and Construction Inc 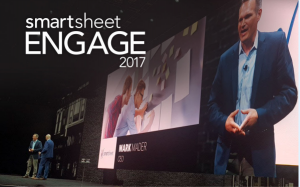 How Mobile Apps Can Increase Your Construction Site Productivity 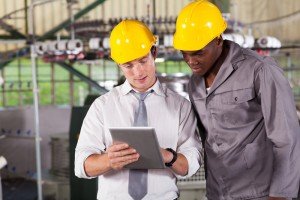